Multi-talented electronica producer and composer Douran releases his latest single, ‘Inertia’ on the 9th of April, accompanied by a live video. The single precedes his upcoming EP, Avalanche, which will be released in spring 2021 via Allo Floride Records. The producer has already released the EP title-track, accompanied by an exclusive remix by Parisian Electronic/ Dance artist Joachim Pastor. Douran has received support from taste-maker Youtube channels MrSuicideSheep, Dealer de Musique and Progressive Astronaut, to name a few, contributing to his playcount of over 2.6 million across streaming platforms. The talented producer has also had his single ‘Race To Infinity’ playlisted by English DJ and producer Nick Warren and has shared a stage with Solumun, Tale Of Us and Henrik Schwarz along with several other well-known producers.

Born and based in Paris, France, Douran displays a talent for exploring the cinematic universe with music, leading his listeners along a journey of a mixture of synthesizers and drum machines meeting organic instruments. The producer calls upon the likes of Johan Johansson, Olafur Arnalds, and David August for inspiration. In turn, his sound calls to mind a unique mixture of Hans Zimmer, Moderat and Rone.

‘Inertia’ immediately marks itself as a driving force against inactivity as its quick build and atmospheric composition lead the listener into a world of possibilities. Creating a dizzying upwards spiral towards a grand climax of merging organic and electronic sounds, Douran manages to draw to mind a futuristic cinematic experience as modern meets mystical within the unique single.

Douran shares his thoughts on the creation of the single: “While creating Inertia I intended to start with a structure and a fairly club type of beat, with organic sounds (marimba, flutes, violins, trombones, voices). In addition, the idea was to tweak these organic sounds as the song evolves so they get a more and more electronic feel so that the song ends on an electronic-orchestral grand finale.” 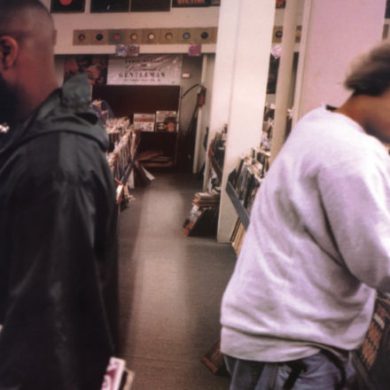