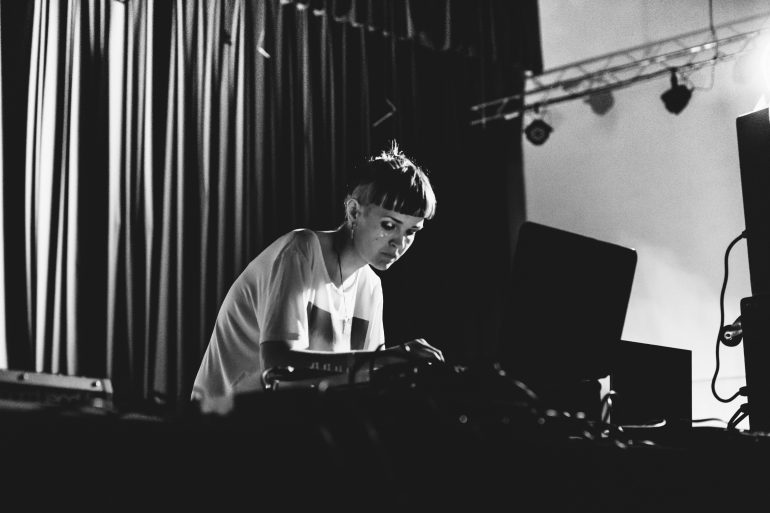 Ukrainian sound designer NFNR recently landed on our radar for all the right reasons. Her latest album, Dog Rose was released on the 23rd of November via Corridor Audio. The album merges an array of genres, from the industrial and techno side of things to the more experimental and ambient. In short, it’s like nothing you’ve heard before and yet everything that you needed but didn’t know that you were missing from your life.

The producer enjoys challenging herself with a variety of different projects including the international ‘Hooligan’ effort with British director Peter Cant as well as taking an active role with the experimental platform, Women’s Sound which focuses on providing a space for women and non-binary people to grow and develop their sound.

Naturally, we were curious about the progressive producer and what paths her life may have led. You’ll find it all below, along with intriguing plans for the future, in the exclusive interview below.

As a child, I wrote a lot of adventure stories, they were more atmospheric than full of meaningful events – the characters spent most of the time drinking tea with jam and chatting, sitting on the trees and travelling to volcanoes. I spent days and nights creating these stories, characters and drawing episodes on the pages.

As a teenager, I had trouble communicating, I was too shy, and it became a problem to keep speaking. I felt too vulnerable, too afraid to reveal myself in words. So I stopped writing altogether, but soon found a sound for myself when I went to the school choir. It turned out that through sound I can tell stories again, create worlds, tell about my deep emotions and secrets.

My parents weren’t ready to buy me a piano, so as soon as I finished school and made some money, I hired a few workers to deliver an extremely heavy piano I bought to the 4th floor. I started composing right away, trained music theory a lot and successfully passed the exams for the College of Music at the Faculty of Choral Conducting.

Shortly after graduation, I received my first offer to create music for the theatre. Thanks to this work, I proved that I can communicate with the help of sound, so I began to study actively and compose electronics

Tell us a bit more about your experimental platform, Women’s Sound, for women and non-binary people. What are you hoping to achieve with this platform?

Women’s Sound is a department of the Institute of Sound – an NGO created by visual artist and musician Sasha Dolgiy. We are a group of artists who curate the platform and we arrange concerts, parties, show-cases, lectures, workshops, and conduct international sound residencies. Last year we had an international WOK residency in cooperation with Polish platform Oramics and Swedish Konstmusiksystrar.

We want to achieve more diverse and balanced line-ups, respectful relationships with women and non-binary in the music sphere, permanent equal representation and coverage in media, equal performance fees and equal fees for different music services, equal opportunities in the music sphere in general. But it`s a long process, the first thing is to support and give confidence to those who start doing music, who want to learn music, who are afraid to represent their works to the audience or don`t believe in themselves. And also, the popularization of Ukrainian female and non-binary artists in our country and abroad is the top task.

I’ve started thinking more about the audience when I prepare for an event. Preparing to play at midnight in a techno club, I can rehearse to make my live set more rhythmic and tough. For an ambient event, I can create a special atmospheric psychedelic set, thinking about how to immerse the audience deeper, and so on. But usually, when creating a composition, I am guided by my own deep feelings and needs in that exact moment

I think my music can deeply soothe those who are disturbed but at the same time, it can be disturbing for those who don`t feel and don`t understand it – actually like anyone’s music. But I do not aim to make it comfortable or follow the mainstream, I am more eager to offer something new that the ear is not so used to, and it may be not so comfortable as a result

I started in 2014 having only a laptop, and for several years was working in DAW and doing many sound recordings. It gave me great ability – taking maximum from minimum conditions. Later, I bought several controllers and midi-instruments, but the first synthesizers I bought was when I started permanently earning money with my music – only 5 years after. Sometimes, I really feel nostalgic for the times when I had no gear – it forced me to explore Ableton and other sound programmes deeper

Three favourite tracks of all time?

Travelling: distant travels especially to Asian countries, the Himalayas mountains, as well travel in my own country, Ukraine. I love discovering new places, mountain trekking, bicycle riding, adventures with friends and walking in the forest

I think it was in Japan. When a Japanese audience finds you adorable, they present you with some fruits that are extremely expensive there – so for me, that was a box with persimmons and figs. As well once after a performance in Ukraine, I received a glass of champagne and chocolate, which was very refreshing after an hour on a stage. Another time, a girl was crying hard, but she said that they were good tears of transformation

I see how they influence my career sometimes giving amazing connections and possibilities, especially during lockdown, and I try to take the best from them. At the same time, social media is very consuming for resources and time – I would love to find another way to do it

What’s your favourite track on the Dog Rose album? Which one shouldn’t listeners sleep on and why?

Although I`m very happy with all the tracks on the album, and each one is very important to me, I would name `Dice 2`. From the musician’s point of view, the rich surge of modulations of the virtual synthesizer that I have achieved in it is the most special and interesting in comparison with other compositions. And that’s why I like performing Dice 2 the most because I can improvise continuously based on these modulations. Also, its culmination is in fact very addictively affirmative, with each new turn it triumphs more and more – I hope it can give some power to the listener

My next single track release named `Kon2r` will appear mid-February 2022 on a “Five Years” compilation album from Corridor Audio for the fifth anniversary of the label.The album and label itself concentrates on the representation of Ukrainian artists: Hatroneli, Diser Tape, Vaxoid, Burning Woman, Gael, Splinter (UA), Friedensreich, Noisynth, Kiritchenko, Serge Synthkey and others. It will be 22 tracks in total to celebrate 5 years of Corridor Audio 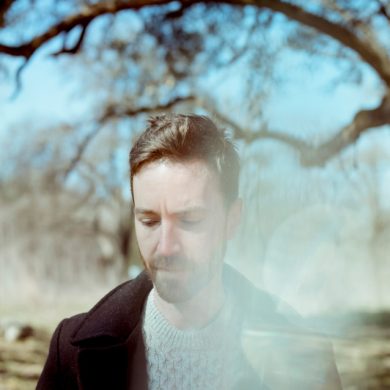