Hailing from Vitry-sur-Seine, a city near Paris, he cites influences such as Steve Reich, Ryuichi Sakamoto and Joni Mitchell as influential, as well as Guitar-based jazz, Japanese film & video game scores, and all of the un-joyful material by late French composer François de Roubaix.

After years of mindful experimentation, the 25-year old self-taught musician Khaled Hejira has produced an intricate, thought-provoking body of work based on fragments from different explored paths. Inspired by natural environments, abandoned places and dystopian landscapes, Khaled Hejira has shaped these influences into something unique and personal, creating electronic music to mimic acoustic sounds and merging together inspiration from all sects of life, metamorphosing into Hejira’s now developed, flourishing resonance.

Overall, Arrivée feels very organic, and seems to offer a glimpse into Hejira’s imagination. It’s music to listen to when some respite from all the ups and downs of this busy world is desperately sought. Backed with the single is the  b-side ‘Born From A Wish,’ and using broad percussive beats, synth-waves and strings, Hejira’s ability to paint vivid pictures with his music is admirable and impressive. 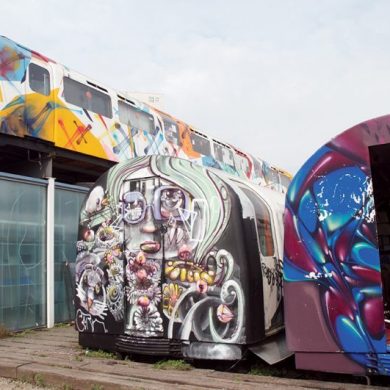