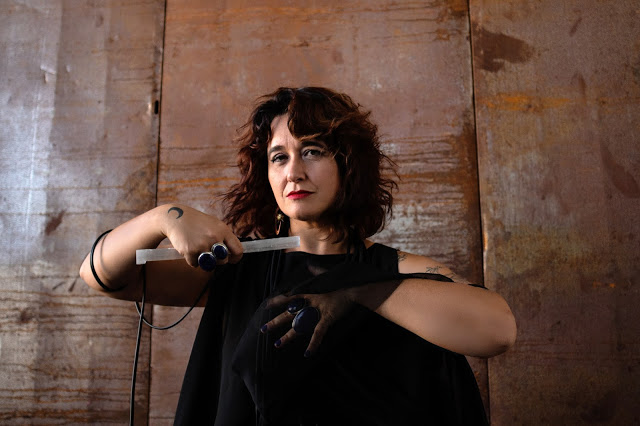 The #30dias30beats project was created in 2019 and directed by DJ Daniel Jesi, from Paraíba, Brazil, and invites artists to rise up to the challenge of daily production of music associated to image (video or photography) for 30 days. Nominated for the “Project of the Year” award at SIM SP last year, when the pandemic erupted in Brazil Daniel created a second round, while engaging in social distancing. In April, more than 100 artists from all over Brazil took part on this initiative by posting #30dias30beats along with their Instagram content on a daily basis.

Bel_Medula, the project by artist and researcher Isabel Nogueira, was one of the participants and stood out with a participation that was experimental and that also coherently reflected her stretched time and personal narrative. Today, in collaboration with #30dias30beats, we are pleased to present a special playlist with 11 selected videos:

Isabel shares that this is the second time she takes part in the initiative and how the project grew and became more fluid.

“This time the opportunity for exchange with all of the other producers was amazing and full of energy. This motivated me to create and search for solutions that helped me produce music and video on the same day – I had no experience producing video, I did it all using apps. At the same time, the exchange with other people through chat groups was very stimulating, a true community was created for listening and taking an interest in each other’s work, and that was potent.”

In this atmosphere, daily inspiration doesn’t look like too hard a task, and with that spirit the artist dove into the creative process:

“The subject of creating, along with its paths, unfolding, and processes is something that has always interested me. I’m a composer, but also a performer, researcher, and writer of poetry, so these multiple strands come together in the path of creating. The world pandemic has turned our homes into our workplaces, but this did not happen easily or as an option, rather as a necessity among the people who could do it. In these days emotions appear as in a carousel: some days we’re excited, other days we’re fearful, looking for some way to establish routines, taking on intensified work, and keeping tranquility somehow.”

“In this project, a sort of sound journal in which the impressions of the day were being transformed into music and video took place. In this process, voice messages became samples, feelings like melancholy, sorrow, pain, hope, and the sounds of the home were being assimilated and turned into music. The equipment used was also different. There were tracks produced through hardware (SP 404 sampler, electronic drums, synthesizers, piano), others on Ableton Live, and others on cellphone apps. The sound references were many, some tracks ended up with a party feeling, others sounded more like mantras, others became songs – the mosaic of sounds that appear here is wide and complex.”

Experimental, electronic, an alchemy of sounds mixed in a particular way, take your time to listen, because each project or album has a different mood

I was trained in piano since I was a child, but I was always interested in poetry, drama, astrology and mythology besides music, and music was always for me something that could change atmospheres. I studied classical piano at the University in Brazil and I have a PhD in Musicology in Spain.

In Musicology, I dedicated my studies on Gender and Musical subjects, and explored the idea of place of speech as a place of listening. Since my undergraduate studies, experimental music had fascinated me, and by exploring voice, loop and field recording I developed my first experiences as a composer/producer/performer, in 2015. I released several albums in electronic experimental music, and after that decided to explore the universe of singer-songwriting (in the PeleOsso album), in an experimental approach. In the #30dias30beats project, I explore the creative process in pandemic times, working daily in video and music, mixing weird beats with spoken words, synths and voice.

When I compose and produce tracks, I use to have in mind some kind of narrative, some set or movement that I imagined previously. Sometimes I create a challenge for myself, just like the work Meteoro-phoenix, where I decided to produce an album of a 30 minute’ just one track (experimental-noise-electronic), or Voicing, an album where I decided to use just voice, using loop, layers and processings into my own voice. By one hand, I have this idea of personal challenge and play with that, going towards the question: what I want to say, in fact? What is my poetry in music? By other hand,  I consider music as a complex dialogue with others, from the aspects of production until listening. I have been producing with other artists, such as Linda O Keeffe, Maia Koenig, Leandra Lambert, Luciano Zanatta, and it is always based on dialogue. It is not unusual that I have someone in mind when I produce a track, some friend, and I can suppose her or his reaction to some track. I consider that my production is dense, but I can consider that it is sensorial too, and in this way it can catch different potential listeners.

I have a strong passion for voice pedals and voice loops, I have been using RC 505 looper for a while, and now I am using voice live touch 2, da TC Helicon. I love bass sounds, and I am using the synth Bass Station 2, by Novation, and the drum machine TR8S, by Roland. My first synthesizer was Kaosscilator Pro, because I felt I needed to explore some synths where my hands could act in different forms than performing piano. As an artist trained in piano, I felt my hand was shaped into this instrument, so I needed to experiment other physical approaches. In the videos for the #30dias30beats, I explore Ableton Live and Borderlands Granular (an Ipad App), besides the ones I have mentioned before.

Yes, and it keeps changing. Sometimes, I use drone synthesizers with drum machines (as Michael Rucci synths, or De La Puta Electronics, for example), sometimes I use cassette recorder processed by delay pedals, or I can have a travelling set made by a sampler (Roland SP 404), the Kaosscilator Pro and a voice looper. At home, in my studio, I like to compose different sets, depending on the project I am working on.

“It sounds weird, but it seems that she knows what she is doing, because she has a PhD in music”, was the strangest reaction and “I have sent your music to my crush”, was the best reaction

I consider the Internet is fundamental to construct networks among people. I participate of some women’s networks, such as Female Pressure, Girls Rock Camp and WISWOS (Women in Sound, Women on Sound). It is fundamental to collaborate, to learn skill and to exchange information. I also usually work with netlabels from different countries (Pan y Rosas, Chip Musik Records, Seminal Records). Besides that,  I have a nonlinear relationship with social media, I write when I feel in the mood to do that.

Yes, I am preparing a new album, called Semente (Seed), including 7 songs, and a book about creative process, called Vulcana: poetics of enchantment. 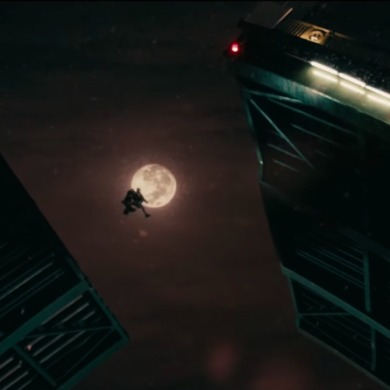