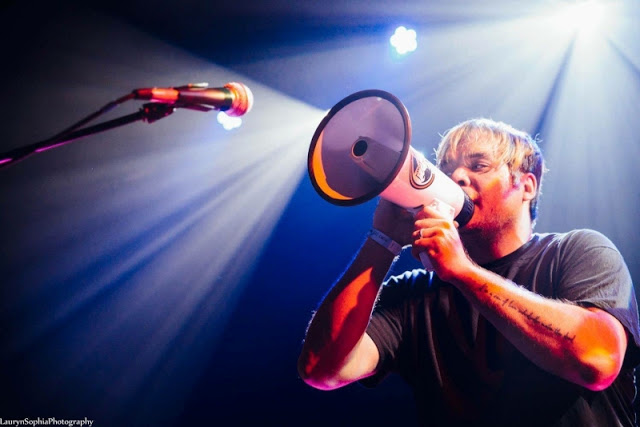 Band Seepeoples have been challenging genres for almost 20 years. The genius behind the unique collaboration is the band manager/producer and songwriter Will Bradford. Their previous albums feature band members from world-renowned acts including Morphine, Spearhead, Dave Matthews Band (Tim Reynolds), and Parliament/Funkadelic. For the past few years, the band has been touring to promote their triple EP release ‘LOVE,’ ‘HATE,’ and ‘LIVE, and they are currently working on their 8th studio album at present. In the meantime, you can check out their latest offering, their official music video for their song ‘Blink’.

Over the years we just started using the term “anti-genre,” as almost every single thing SeepeopleS has ever recorded doesn’t fit into one.   Lyrically, we have always had the view that music is a perfect language (or closest thing too), so if you plan on spoiling it with the written word, it is best to think carefully about what you are saying, which the band and I try our best to do.  Unfortunately, that also means we sing songs about tough subjects, the world around us (which sometimes sucks), and generally like to provoke SOME thought (aka critical thinking) with the lyrics and sometimes that gets us in trouble, as with our recent video by Pete List (Celebrity Death Match / MTV), which was banned by Facebook / Instagram.  I like to think of SeepeopleS as the Doug Stanhope of music, meaning for the majority of folks, it’s not for them.

I grew up in the classical world and played piano, which provided a great foundation when it came to teaching myself other instruments.  Eventually, I learned guitar and set about learning every Beatles song I could. I inherited my father’s record collection in high school and combined that with recreational drug use, constant drug use even.  With both things, I could not get enough, and my fire was lit and my course was set.  Luckily, I ditched the drug use but kept the music.

I used to think of others or think of what my friends or fans might think of my music.  I am not entirely sure when that all changed, but I can safely say at this point, after 8 albums and 20 years on the road, I could give a rat’s ass what anyone else thinks of SeepeopleS’ music and I am now, or have been for quite some time, singular focused on making music that makes me happy, or makes me feel fulfilled artistically.   It is liberating in the sense that I only have one critic to answer too, and if you keep honing your craft long enough, there is a true self-confidence that sets in.  These days, if I spend even a moment thinking about the “others,” it is usually because I’m making something that I know might confuse, off-put, or challenge them (the listener).  If someone hates it, like, truly hates it, I usually know that I’ve done exactly what I set out to do, and true to any broad audience response, there is usually someone out there that loves it just as much or even more. So I suppose I always try and hold some cognizance of what is being delivered to the audience, and how they might react to it, but if I spend any time deliberating these things, it is probably because I am figuring how hard and long I can ruffle their feathers in some way.

Everything and Anything.  The band’s live setup consists of guitars, drums, bass, synths, and live sequencing, but in the studio everything and anything is game.  Over the years, aside from almost every instrument I can get my hands on,  we have used kids’ toys, coffee machines, bull-horns, foghorns, awesome keyboards, shitty keyboards, and we love sampling.  In the band’s never-ending quest to have our sound essentially be “undefinable,” if it comes into our possession, it is likely to end up on an album.

The arsenal is forever changing, but I will say over the years, when it comes to the live show, we have figured ways to lessen the amount of gear on stage and travelling with us on the road.  Advancements in technology have certainly helped this, and we roll in a smaller van and smaller trailer than we used too, as well.  With my home (studio) arsenal, things are pretty much always the same;  essentially the longest episode of “hoarders” ever.

I’m sorry but I just couldn’t figure a good answer on this, but essentially my favorite tracks of all time are always the songs I’m working on at the moment.

I am a committed activist for a number of causes that are close to my heart.  Recently, I’ve been inspired by the number of young people I see at the Black Lives Matters protests that have been going on since the death of George Floyd.  I’m not sure I will leave to see the change I would like to see, but I see the seeds getting planted in the minds of the youth almost everywhere. It gives me hope and inspires me to fight even harder for a better world, especially for my son.

The band received a number of death threats from Trump supporters after the release of ‘New American Dream’. The “best” of the death threats were definitely from Raleigh, NC, where a “former fan” sent me the video of him gunning down every single album we released in his backyard with his AR-15 and a note that said, “Can’t wait for your Raleigh show.”  The video was highly entertaining and I certainly applaud the fact that he didn’t slack on it, ie gunning down part of our catalogue, instead of all it.  Thankfully his hatred of the band was so encompassing that he chose to go the whole way and purchase ALL the albums for “execution.” We can only hope to illicit this sort of reaction, oh, any chance we get! hahaha.

Well, probably never gonna come around on this.  Can we just get rid of genres yet?  I don’t anything has helped water down our collective musical creativity more than “genres.”   If we really must have genres (some people still get lost in record stores, wait.. are there still record stores?), can it be like cars, and have like 4 categories or genres (truck, sedan, suv, compact)?  Also, who is maintaining authority over said genres (yea I know, Spotify is…)?  Is there like a “pop-punk” committee providing oversight for the pop-punk scene, seems like there better be!  God, how embarrassing it must be if you break the rules of your own genre!  Maybe I’m wrong, my goodness if we didn’t have genres people might start making music that sounds new and different.  Obviously, we can’t have that!   Just kidding, the only genre fusion that I honestly see in any sort of perfect situation is to somehow take ALL the genres and “fuse” them with some form matter that is located near a black hole that will take the very concept of genres and the genres themselves,  and relocate them some infinite number of galaxies away from this one.

Unfortunately, absolutely.  I’m a little biassed on this one.  I guess my favorite part of handing free speech willingly into the hands of a private corporation is that Aldous Huxley would be thrilled to know that he really nailed it with Brave New World!

Thankfully, with the help of social media, we will be able to complete the task of becoming a complete self-police state, armed with the perfect instrument of self-censorship, social media.  Also, since you literally have to PAY to reach your own followers now, It’s been great in helping the music industry become solely available to wealthy people.  Soon the world can take comfort in knowing that the exposure of art will only be viable by the wealthy, and the never-ending war on the poor can finally end with a clear cut winner! In all seriousness, social media has been the worst thing for both the music industry and for the world.  We were better off before it, and I can only hope that there is a brilliant young hacker out there who will do us all a favour,  and end the internet.   With that said, I strongly urge all your readers to “like” and “follow” all of SeepeopleS social media pages and we thank you in advance!

Always recording, usually always touring.  The eighth SeepeopleS album drops this year, in time for the band’s 20th anniversary.  We just released the first single, ‘Blink,’ from the forthcoming release, entitled “Field Guide For Survival In This Dying World,” sure to be the feel-good album of the year. 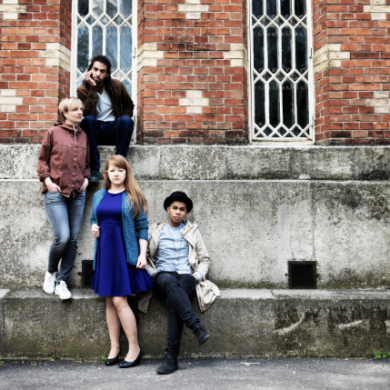