Left-field electronic musician / composer Nelson Beer is pleased to announce a brand new track ‘Vesper’ out now through [PIAS] Recordings. Lifted from his forthcoming EP ‘Orlando’ due this Spring, Beer once again delivers a spaced out slice of blissful electronica.

‘Vesper’ is a disarmingly, exquisite composition, delving into the darker, more abstract realms of electronic music. Beer explains: “Vesper is about two people (Hesperos & Phosphoros in the Greek mythology). There’s a folkloric saying that they might even be the same person. In this way, song is some sort of schizophrenic ballad; two voices telling each other what they need, how they need it and why. This forms a liminal space where both of them exist but none of them listens.”

He goes on to add: “The Orlando EP is about listening, especially to things around us. It’s about allowing objects and spaces to speak to us and tell us more about ourselves, where they are, how we impact them and why it’s important that we listen. It’s an odd place where we are in between things: between pop and sound design, between dance and ambient, between noise and harmony. It’s almost paralysing at times but the movement these contradictions provide shakes the structure.”

Nelson Beer is a Swiss composer based between Paris and Geneva. His productions resonate with club music, noise, ambient, musique concrète (Cci , Ways of Listening) and pop (Oblique I & II, Modern Love).

In 2013, in collaboration with several producers from around the world, Nelson set up ON LAND collective, which creates a fabric of experimentation and exchange between several styles of music and cultures. In 2015, he performed for Christian Marclay at White Cube Bermondsey. In 2016, he worked alongside Susan Hiller and Ajmet Ogut to create an experimental Jukebox.

In 2017 Nelson collaborated as a sound designer with Marguerite Humeau for her exhibition RIDDLES at the Schinkel Pavilion in Berlin and with George Henry Longly for the DAIMYO exhibition at the Palais de Tokyo.

After graduating in Architecture at Goldsmiths, University of London, and following the release of his film Atmofutures: No One Left in The City (2018), Nelson continues to experiment with sound, video and performance, weaving a link between geopolitics and art. 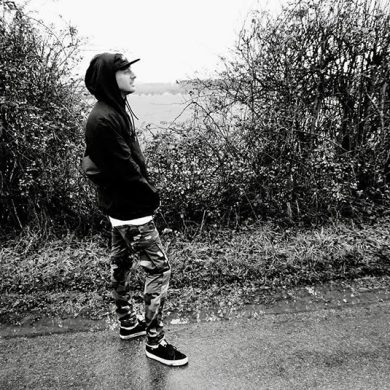