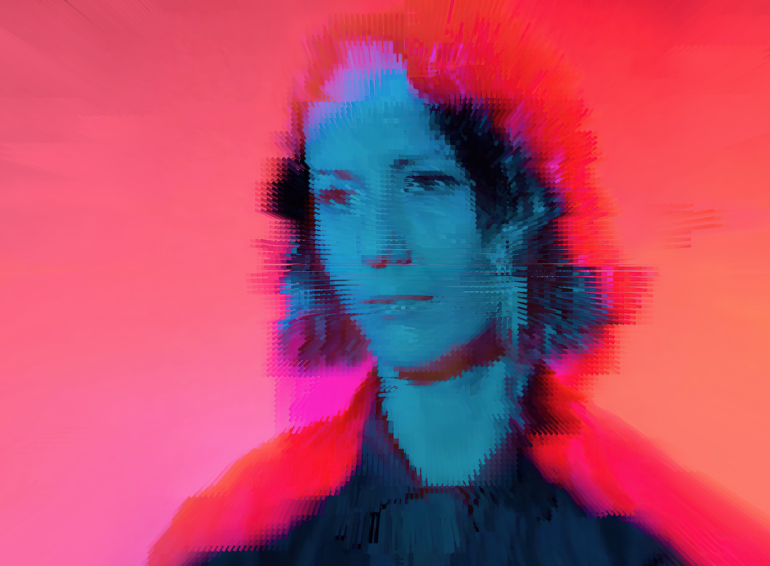 Last month saw Halina Rice perform her mind-bending live mixed reality and AV show at the Copeland Gallery. Definitely a spectacle for the artistic and inquisitive brain, one can feel themselves wanting to move through the screen on Halina’s latest video on YouTube, which showcased the experience. This electronic artist with a fascination for visual media hopes to create intricate worlds through her music and enhance these textures through visual escapist storylines. Abstract, delicate, and thought-provoking would best describe the evolution of promising talent Halina Rice’s work. We asked the one and only Halina Rice a few questions about the music that they create in the ever-changing genre landscape.

I started learning electronic music production a few years ago and strongly identified musically with artists like Rival Consoles, Jon Hopkins, Lorn, and Nathan Fake.  I love producing music and the journey just unfolded through being signed to an indie record label, composing for broadcast, and more recently, releasing a series of tracks – the New Worlds project. This is where I worked with designers and technologists to create audio-visual worlds.

I like to think I’m creating experiences that will transport an audience – particularly when it comes to the live shows. The way that I write is quite organic – tracks tend to evolve from sounds that I generate or audio samples that I alter – I tend not to think about how that might land with a final audience.  I feel if it can evoke an emotional response in me then it might also resonate with an audience.

For me, music is a way to express ideas that you can’t articulate in words. I like new ideas and I think that comes across in a fresh approach to music that isn’t dictated by genre or a conscious aim.

For the audio side, this has remained pretty slim-lined – a mixture of virtual and analog gear. As the live shows have become more ambitious I find I’m having to become more and more technical to integrate the setups and make the audio and visual aspects work together.

Odyssey – Rival Consoles.  I love the feeling of energy that gradually builds in this track.

Sugar Hiccup – Cocteau Twins.  I find this effusive and exhilarating.

I Go To Sleep – Peggy Lee. I like the subtly hidden darkness behind the sweetness of this song.

Walking with friends. In recent years we have walked the South Downs Way, The Essex Way, and currently walking The Thames Path in stages. Highlights are staying in odd B&Bs’ and the occasional kingfisher sighting.

Danny Rampling came across my profile on Insta and liked the music and visuals – he included my tracks on his Mixcloud, which was pretty cool.

Sunken Suns were described as “chaos-step”- so maybe this.

For me I think I’ve always been interested in the art of the possible. Technology is a way to achieve that – whether in performance, where I use elements of mixed reality and immersive speaker set-ups or in connecting with audiences and other artists across the world.

I launched the NEW WORLDS project in 2020 which is a series of tracks each with its own visual aesthetic and universe. There was always the intention to release these along with new material as a long-form EP or album so that is probably the next step for 2022. I also worked with a team of designers and technologists to develop a fully immersive live proposition incorporating mixed reality visuals, 360 sounds, and light show. The first performances have been well-received, so I’m looking forward to bringing this to a wider audience. 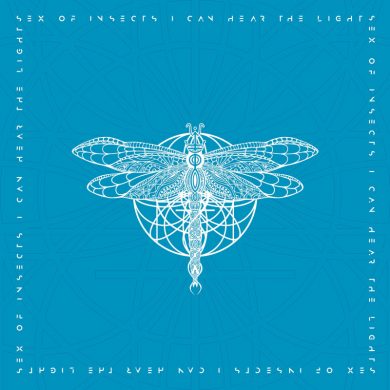 Sex Of Insects Share New Track ‘I Can Hear The Light’