For over two decades Kasper Bjørke has cut his own path, as a solo artist and enthusiastic collaborator. Bjørke’s Copenhagen home may be one of Europe’s great cultural hubs, and he’s certainly added a paragraph or two to that story, but his music is distinctly international. Even a cursory listen exposes an impressive, ever-evolving career. However, few expected him to initiate the collaborative ambient / neoclassical project Kasper Bjørke Quartet. In 2018 The Fifty Eleven Project was released on Kompakt Records, a deeply personal record that musically documents Bjørkes encounter with, and triumph over, cancer. The album topped many critics’ lists, and was included among The Guardian’s Best Contemporary Albums of the year.

Mother, which will be released on October 28th, represents a quantum leap forward. Literally, when you consider the terrestrial shifts that informed it. Six compositions explore what the evolution of our planet sounds like. While Holst may have gotten there first, Mother singularly focuses on the orb where we reside, from its formation, to its likely conclusion. Other artists have tackled song cycles that parallel a day, a year, or even a lifetime. Mother spans a timeframe from 4.5 billion years ago up to humankind’s impending demise. It hints at how that may be sooner than we think, as well as the earth’s resilience, and the promise of another chapter.

Additional gravity comes courtesy of evocative choir arrangements – – and marimba recorded at the Copenhagen Opera House. “Formation” condenses 20 million years of runaway accretion into 20 minutes. It is sublimely padded by feature artist Sofie Birch’s gentle synths. “Abiogenesis” intimates a different type of emergence: the first life to inhabit our nascent planet. The entire cosmos is condensed into the layered vocals of Philip|Schneider. Birch returns on ‘Miocene’, which signals the divergence of proto-humans from primates not with foreboding, but rather cascaded notes and swells adumbrating a pure and curious being, revealing nothing of what the Catch-22 of knowledge will bring. That’s addressed in the diptych of “Anthropocene” and “Tipping Points,” respectively marking the dawn and foreshadowing the probable downfall of homosapians, through wondrous advancements and their climate damaging byproducts. It’s tempting to think the album’s finale, “Requiem,” implies only a dark conclusion, owing to its sparkling verrillon’s coronach, and the return of Philip|Schneider’s empyrean vocals, but its juxtaposition with revolving, enigmatic piano chords infers the earth will enter its next act.

Mother is a staggering achievement, encouraging contemplative thought. The album is released October 28th on Kompakt Records, both digitally and on limited edition double vinyl. The artwork is designed by multidisciplinary artist Trevor Jackson. 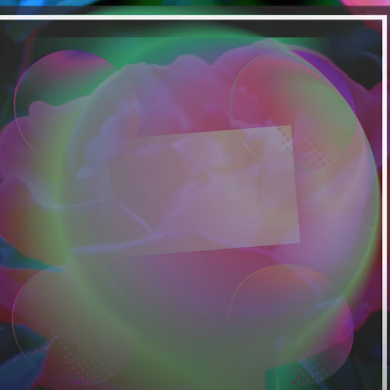