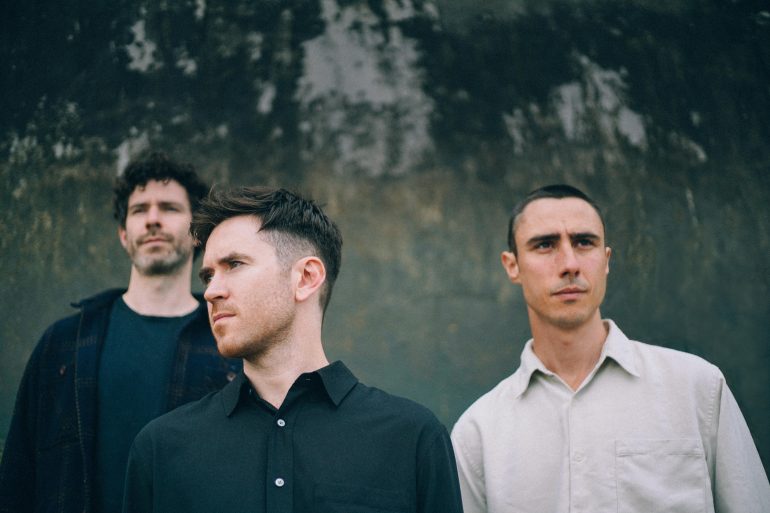 Announcing that their new album is slated for release in 2022, electronica band Zola Blood have shared their new single ‘It Never Goes’ via White Canoe and 225 Records. The track was released last Wednesday, following the release of their preceding single release ‘Two Hearts’.  Previously touring with the renowned electronic act Rüfüs Du Sol, and collaborating with iconic music producer Claptone, the band plan to perform a headline European tour in April. ‘It Never Goes’ caresses the ear with its breathable trip-hop textures, perfect for deep thinking. The band intends to take a darker approach to their sound, highlighting what is wrong with our society. We chatted with the ever-changing electronica band Zola Blood below.

All three of us had a pretty similar way in – although Ed and Paul are more musically learned than me. Basically, we started out in dodgy guitar bands, discovered clubbing and the DFA generation of bands, then spent years in bedrooms trying to figure out how to produce electronic music of our own.

It’s always for us and it’s always about how it makes us feel. Every song that is worth pursuing has that penny drop moment where we look at each other and know something is happening. I guess we are conscious of how a song might communicate live, so sometimes we’re thinking about sounds and moments and how they might define an element of a live show. The initial conception is purer than that.

Maybe neither…we don’t really have too much of a preconceived idea about what we’re doing, to be honest. Without sounding too right on, we’re just trying to express ourselves through music that we love and if that speaks to someone then that’s a privilege.

Our writing on this record is specifically related to the internet and technology and how that’s affecting human interaction. So, in that sense, the aim of writing these songs was just trying to process my thoughts about something fucked up that’s been happening around us. A kind of therapy I guess.

Ah man, it’s changed a lot. When we started out our live setup was really basic. In our first shows, we had a couple of midi keyboards running out of Logic, but we’ve expanded over the years and also tried to keep things as analogue as possible.

The Prophet 08 is a big part of our sound and has been part of our setup for many years. It’s super versatile and the interface is not too complex. We use a Moog Sub 37 and an Arturia Brute for our bass sounds, a Juno 60 for big warm pads and then a Moog Minitaur and Korg Minilogue for a lot of arps. I’ve also really gotten into the TC Helicon units for vocal effects – they’re sturdy beasts and super dynamic.

That’s too hard! We’ll give you our top three artists as of right now:  Adrianne Lenker, Weval and Emile Mosseri.

It’s been a pretty shitty couple of years in many ways in terms of inspiration. But there are a few books and documentaries that really helped shape the themes of this record. Jon Ronson wrote a book called So You’ve been publicly shamed which is about the mob mentality of social media, there’s a short essay by Jia Tolentino called The I in The Internet which is great, and maps out the history of the internet. Also, a documentary called The Social Dilemma from 2020 was pretty terrifying in explaining the science behind platforms and the industry of profiling.

A fan of ours who runs a music festival in Giovinazzo in Italy got a tattoo of the Infinite Games artwork after we played there which was pretty amazing. More generally, our music seems to inspire a lot of yoga and pole dancing according to social media, that’s been unexpected.

Yeah, for sure, the internet and by extension social media is absolutely fundamental in music, in that it gives you a direct line of communication to everyone who could potentially connect with your work. That’s amazing, and it’s democratized art in a way that would’ve been impossible before. I doubt our band would exist if we’d been doing this when labels controlled everything.

My personal relationship with social media is complicated. I think the potential for knowledge sharing and human connection is huge. But there are elements in the basic design principles of social media which are making a lot of people’s lives worse rather than better. The fact it’s so addictive or that mistruths are essentially not regulated is really troubling and obviously has real-world consequences. I can’t really preach as we use these platforms and this interview is probably getting read on someone’s phone, but generally, I think people should probably spend less time on devices and social media.

Yes! Our new single It Never Goes was released on the 26th of January, and is the first single from a new record that’s coming later this year. We’ll also (finally) be performing across Europe through April.

‘It Never Goes’ features on the Spotify playlist XPERIMENT_GROUND.fm 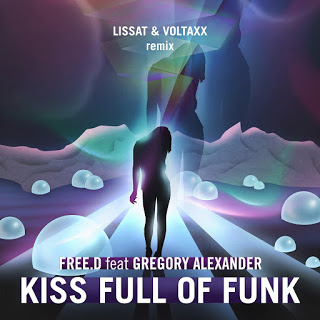